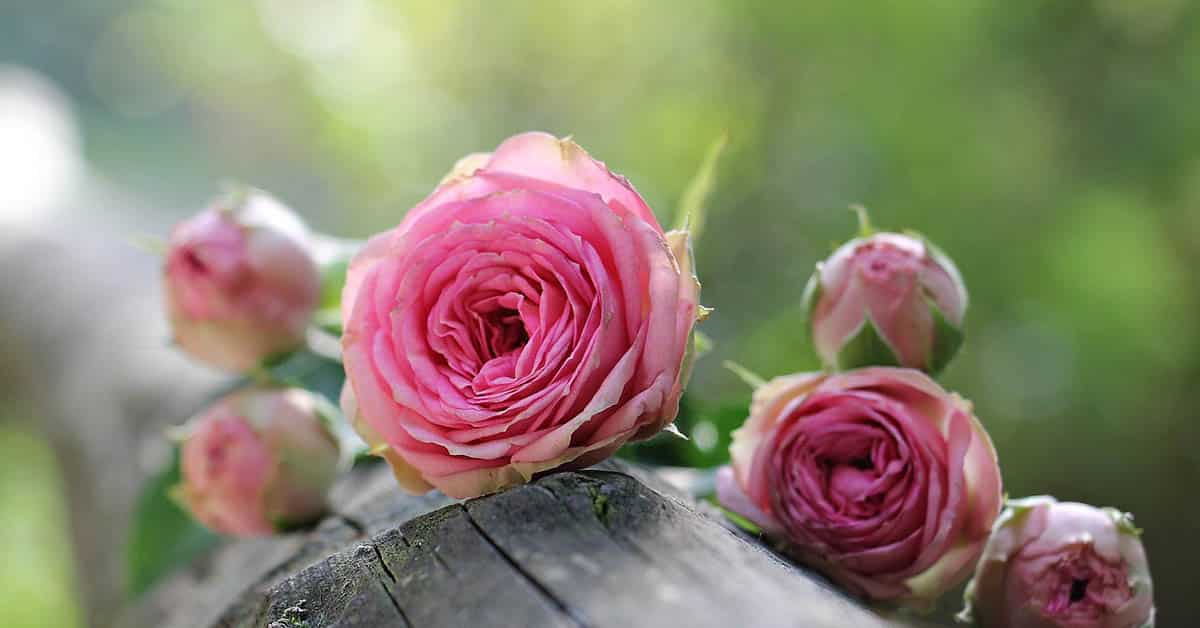 There are five main classes of roses. Which ones are suitable for your garden?

The hybrid tea rose, perhaps the most popular choice, comes as either a standard or a bush.

The flower is the classic rose with a pronounced core of of petals in the center.

There are a wide range of colors and they are usually scented. The roses are borne as single flowers or a small cluster.

Generally, they have a long flowering period from about June to October.

They can be grown in sun or partial shade in good, well drained soil. An alkaline soil should have well rotted compost added to it.

This group of roses are subject to the usual pests and diseases and the large flowers can be damaged by strong wind and heavy rain so they should be planted in a sheltered position.

This is another favorite group and comes from crossing hybrid tea roses with polyanthus.

The flowers are borne on large trusses (groups of blooms).

The flowers are less of the classic rose shape than the Hybrid Teas and very few varieties are fragrant.

Many varieties bloom continuously during the summer, though. It is also less susceptible to damage by wind and rain.

Cultivation is much the same as for hybrid tea roses.

This group is a cross between species roses and old roses.

The flowers are more like wild roses with a flat bloom and, like floribunda, few are fragrant.

Many varieties have repeated flushes of flowers throughout the summer.

Although they can be used as single plants in a border, they are also good for hedging.

They need only light pruning but make sure you cut out dead or diseased stems.

In the 19th century, this group of roses was probably the most popular. Now they are ideal for decorating a pergola, arches, old trees or a house wall.

Ramblers have long supple stems but are prone to mildew and only flower for a short period in June and July.

They are more suitable for pergolas and arches rather than for growing against walls as the lack of air circulation makes mildew more likely.

The flowers grow in large trusses are are about 2 inches in diameter.

Climbers have much less supple stems and they have smaller trusses of flowers but the individual blooms are usually larger, 3 to 5 inches in diameter, than those seen on ramblers.

Pruning is easier too because the flowers are borne on mature rather than new wood.

Many varieties also have repeat flushes of flowers during the summer.

This class of roses is growing in popularity.

The height of these delicate, pretty plants varies from around 9 to 18 inches.

Some people like to grow it as an indoor plant but it is often unhappy indoors and does poorly.

The tiny flowers, measuring as a little as 3/4 inch to less than 2 inches, are borne in small clusters in June and July with many varieties giving repeat flowerings.

Cuttings can be taken with a reasonable degree of success. If they are budded on to a different rootstock, though, their miniature character will be lost.

They can be grown in the border but not with tall plants otherwise they will be swamped and their beauty will not be appreciated.

They make good outdoor pot plants but they should be fed and well watered and repotted annually.

WhenYouGarden.com is a participant in the Amazon Services LLC Associates Program, an affiliate advertising program designed to provide a means for sites to earn advertising fees by advertising and linking to products on Amazon.com. Amazon and the Amazon logo are trademarks of Amazon.com, Inc, or its affiliates.